The Grey Cup is being played, Starting in about 10 Minutes
Montreal seems from what I observe can score at will
But they have been in 4 of the last 5 Grey Cup Games and have lost all 4 games
The Saskatchewan Roughriders won 2 years ago
Montreal is in its 17th Grey Cup and is 5-11
Saskatchewan is in its 17th Cup also and is 3-13
Something has to give
The Final Score will be Montreal 38--Saskatchewan 23
"The Expert" has spoken
Posted by nutballgazette at 6:16 PM No comments:

Bob Sheppard will not be back

Thanksgiving Day came the announcement that Legendary and Longtime Yankee P A Announcer would not be returning to the Yankees by Officially Retiring at age 99. For many Yankee fans, Yankee players and visiting players, Bob Sheppard was the "Voice of God" and the voice of the Yankees,
I went to my first game in 1965 and last game with him was in 2006. It was such a thrill to hear such class in a announcers voice compared to the Typical P A people of today's games in all the sports who scream at the top of their lungs no matter what the score is, how much time is left or what inning the game is in and also if the stands only have a few hundred fans left, Here in Orlando/Tampa Paul Porter speaks very clearly but he is a cheerleader and that was fine for a 1st year expansion team in a city that never had pro basketball or pro hockey but it gets old after a while, Also every team in Sports has these screamers as their P A Guys,
At Least the Yankees hired former Play by Play man Paul Olden as their new guy, While he does not have the distinctive voice of Bob Sheppard at least he handles the job with class.
To Bob Sheppard, All Yankee fans and anyone who ever went to Yankee stadium will miss you.
Below is links the USA Today and also a Video Tribute posted on You Tube on the day the Yankees Honored Mr Sheppard
http://www.usatoday.com/sports/baseball/comment/sbcol15.htm
http://www.youtube.com/watch?v=vj434vCtNRw&feature=related
Edited at 10:14 pm substituting USA Today report in place of NY Daily News report
Posted by nutballgazette at 9:55 PM 2 comments:

Had a little improvement this week.
Last Week--10-6
Season 109-52
First a few Comments,
Rex Ryan--"Shut Your Yap" you complain about the Patriots rubbing it in, but you and the players are Trash Talking about every team you play, I do not mind being cocky and trash Talking but You need to win those games and back up your Yapping
Oh Bill Belichick Great job keeping in your starters in a game that was over, You are asking for season ending injuries for your players, If Brady or Moss gets hurt on that last play you would deserve to have your butt fired
Eric Womangini. You are sounding like a hysterical out of control dumb blonde, Get out of Head Coaching and start the only job you are qualified for (Coaching a team with Tecmo Bowl on the original NES Game system)
Hey Bengals, Great job acting like the Jets of old by beating tough teams then losing to th Bottom teams of the NFL. No wonder you have never won a Super Bowl.
Now the Picks
Thanksgiving
Green Bay--27 @ Detroit--10 (Lions scored a seasons worth of points in the last game, With Stafford out they have no shot) {Unless they play the Bengals, Broncos or Jets}
Oakland--17 @ Dallas--20 (Cowboys win but continue to struggle, Raiders start impressing a little more but comes up short)
New York Giants--41 @ Denver--27 (Broncos continue getting routed, but do score alot against an awful Giant Defense)
SUNDAY
Miami--20 @ Buffalo--10 (Miami wins easier than the score indicates)
Seattle--17 @ St Louis--20 (Rams eeks out a win)
Indianapolis--17 @ Houston--20 (Indy luck runs out, Texans blew chance to be in the drivers seat for playoffs but continues to tease their fans with this win)
Cleveland--21 @ Cincinnati--34 (Brady Quinn puts points up but Brown defense will let up 30+ again)
Carolina--16 @ New York Jets--24 (Sanchez shows a little life along with Jet Running game)
Tampa Bay--13 @ Atlanta--31 (Falcons regains its swagger, Bucs and Josh Freeman impresses in spurts but makes too many mistakes)
Washington--10 @ Philadelphia--13 (Another Bore Bowl)
Kansas City--16 @ San Diego--27 (No way Chiefs steal another one)
Jacksonville--6 @ San Francisco--24 (Jags are on a roll and 49rs cannot do anything right, But Jags find a way to blow it)
Chicago--6 @ Minnesota--31 (Bears are awful and Vikings are playing like the best team in the NFL "For Now")
Arizona--17 @ Tennessee--23 (Something has to give, Titans winning streak or Cards winning on the road every game. I say Titans may be the team we thought they were going to be in 2008 with Vince Young, Titans may win out and finish 10-6 and make the playoffs if they can get by Indy)
Sunday Night
Pittsburgh--13 @ Baltimore-16 (Ravens are reeling but so are the Steelers with the injuries)
Monday Night aka (The Showdown)
Patriots--38 @ New Orleans--31 (Then their was none, No undefeated teams after today and Patriots show what they are made of by winning this shootout)
Posted by nutballgazette at 8:39 PM 4 comments:

A Banner week for "The Expert" I have showed the world that I am the one and only true "Expert".
Last Week--(8--7)
Season---(99--46)
Thursday Night
Miami--10 @ Carolina--17 (Ronnie Brown Injury is a crippling blow to the Dolphins scoring ability)
Sunday
Indianapolis--27 @ Baltimore--13 (Colts have had to scrape for wins, Normally I would pick the Ravens but the Ravens are not the same team, The Offense looks lost and defense is just not the same)
Washington--6 @ Cowboys--23 (Cowboys get a huge break by playing the Redskins)
Cleveland--2 @ Detroit--3 in OT (Lions win on a rouge in OT)
San Francisco--17 @ Green Bay--23 (Packers build on the Cowboy Game win)
Buffalo--10 @ Jacksonville--27 (Maurice Jones Drew will not pull up at the Goal Line this week)
Pittsburgh--27 @ Chiefs--3 (Steelers can be missing the entire defense and the Chiefs would still not score enough to be competitive)
Seattle--10 @ Minnesota--31 (Vikings continue to roll, Adrian Peterson has a huge game and Favre continues to play efficient ball for at least one more week)
Atlanta--27 @ New York Giants--20 (Giants Defense continues to get torched and still not enough offense to give the Giants a much need win)
New Orleans--23 @ Tampa Bay--20 (Josh Freeman keeps the Bucs in the game but Drew Brees finds a way to win late)
Arizona--17 @ St. Louis--20 (Rams have been hanging in games as of late, Cards struggles on the road continue)
San Diego--24 @ Denver--10 (Broncos are in free fall)
New York Jets--10 @ Patriots--35 (Patriots take it out on the free falling Paper Airplanes)
Cincinnati--24 @ Oakland--10 (Change in QB for the raiders pays off with a Touchdown drive, Bengals just might be for real, But this game proves nothing)
Sunday Night
Philadelphia--20 @ Chicago--17 (Someone has to win, Eagles are hurting, Bears and Cutler just cannot get it done)
Monday Night
Tennessee--20 @ Houston--24 (Texans gets noticed in the country in franchise history--Wait till next week when the Country says WOW)

Posted by nutballgazette at 5:07 PM 7 comments: 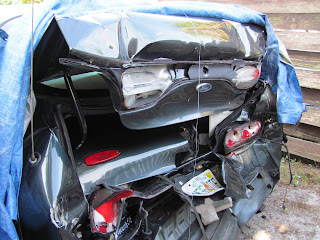 Last Week (11-2)
Season (91-39)
I did pick the
Chicago @ San Francisco (Busy week at work but got the 49rs in my pool) (Trust me), I would not lie to you, By the way do you want to buy a Used car, It is almost Perfect (Trust Me)
Now for the Rest
Sunday Day
Cincinnati--17 @ Pittsburgh--31 (Steelers on a role and I am not a true believer in Bengal Power just yet, especially in Pittsburgh)
Jacksonville--13 @ New York Jets--24 (Jets should be able to hold off Maurice Jones Drew and any type of Jaguar passing game)
Detroit--6 @ Minnesota--31 (Favre keeps it going for another week and anyway it is the Lions)
Tampa Bay--20 @ Miami--24 (Josh Freeman should help the Bucs move the ball but the Defense will not be able to handle the wildcat)
Denver--27 @ Washington--13 (Redskins will help cure the Bronco Blues)
Atlanta--24 @ Carolina--10 (The Demise of the Panthers continue)
Buffalo--10 @ Tennessee--24 (Vince Young continues to grow a little bit of confidence every week and it is about time T.O . will go off big time any day now)
New Orleans--31 @ St Louis--10 (The Saints have been struggling early but they are playing the Rams, That will cure your ills)
Kansas City--6 @ Oakland--10 (Do we have to see this game? This game should be played on Thanksgiving, What a turkey! Raiders will win, I guess, maybe, More people will be watching The TV Listings channel in KC and Oakland)
Dallas--28 @ Green Bay--13 (Green Bay offensive line looks like a team ready to quit Aaron Rogers might not survive this game and Dallas will keep it going, after all it is still November,
Seattle--16 @ Arizona--38 (Arizona at home should be able to roll)
Philadelphia--10 @ San Diego--42 (Philly seems to lost it, Very inconsistent, Chargers will win as Dallas, too early for them to choke)
Sunday Night
New England--27 @ Indianapolis--17 (Colts have been just getting by against mediocre teams, This time they are playing a Patriot team that is gaining in Confidence),
Monday Night
Baltimore--24 @ Cleveland--17 (Brady brings life to the Browns but Joe Flacco will overcome the Browns best showing of the year)
(Side Note, That is my car, Got plowed into 2 weeks ago)
Looking for a good used car very cheap.
Posted by nutballgazette at 8:22 PM 4 comments:

The Return Of Great Things in America!

http://www.baseballsevilempire.com/
The World has gotten a Whole lot better this week.
Why?
The World Series Winners are from the Bronx
To sort of steal a Line from Footloose!
Learn it, Live it, Love it!
http://www.baseballsevilempire.com/
(To Purchase Baseball's Evil Empire Merchandise Click on the Link),
Posted by nutballgazette at 10:53 PM 1 comment:

Last week (8-5) Thanks alot Paper Airplanes and Midgets)
Season (79-37)
Miracle Week (Only week that you will see the Jets, Browns, Raiders, Rams,and Bills not lose AMAZING)
And Favre won't beat anybody this week
Some very Tough Games this week
>>Washington 10 @ Falcons 35 (Washington Continues its decent to oblivion in Jim Zorns last game)
>>Cardinals 24 @ Bears 20 (I don't know, I think Warner will bounce back)
>>Ravens 23 @ Bengals 24 (Bengals show they are for real??? Maybe??)
>>Texans 20 @ Colts 27 (Texans playing much better This could be a upset But I do not have the Guts to do it)
>>Chiefs 13 @ Jaguars 24 (All 4 fans in Jacksonville has had this date circled on their Calender, zzzzzzzzzzzzzzzzzzzz)
>>Dolphins 13 @ Patriots 35 (Reality hits the Dolphins, Patriots take total control of AFC East)
>>Green Bay 35 @ Yucs 3 (The Yucs have reverted to the good old days of the 80s to mid 90s, They are honoring one of their Greats Lee Roy Selmon in their Ring Of Honor, But also are wearing those Ugly Loser Orange Creamcicle Jerseys Expect the offensive effort to be just like those days, Run Right, Run Left, Run Middle, Punt, Yawn for the Yucs fans)
>>Panthers 13 @ Saints 34 (The Saints keep marching in)
>>Lions 10 @ Seahawks 17 (Another Game tough to pick, Neither team that Good I got no guts in this game to pick the road team)
>>Chargers 24 @ Giants 17 (Giants just not that good on Defense and No receivers for Offense)
>>Titans 20 @ 49rs 24 (49rs beat a rejuvenated Titan team)
Sunday Night
Cowboys 24 @ Eagles 27 (A Shootout, Expect McNab to have a good game and Romo gets burned late with the pressure to throw to Roy (T.O.) Williams and gets picked late)
Monday Night
Steelers 27 @ Broncos 13 (Steelers show that they along with the Patriots are the Class of the AFC)
Posted by nutballgazette at 7:32 PM 2 comments:

Rambling thoughts of a Nutball (World Series and Other Stuff.