Well once again Favre is playing great only to have a classic dumb INT that cost his team a chance to be in the Super Bowl. So the question is Will he come back, I say yes when he is shown this statistic
From Wikipedia, the free encyclopedia

Add 310 Yards today leaves him just 2742 yards short of Damon Allen
So you know Mister Ego will want and demand to come back and some team
will bring him in and he will break the record
and then Choke at the worst moment for the team that signs him.
Posted by nutballgazette at 11:10 PM 1 comment: 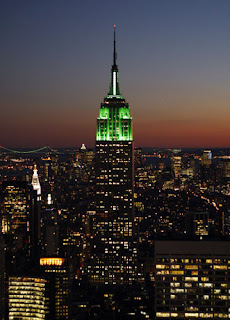 Photo Courtesy of Melissa Santoro
Here it is, The Jets are in the AFC Championship Game, Who would've thunk it.
http://www.entertonement.com/clips/fhkzxmzmgx--J-E-T-SFootball-New-York-Jets-_-Jets'-Fans-
Last Week--1-3
Playoffs so far--3-5
NFC Game
http://www.entertonement.com/clips/hrhwmbxvfj--71
Vikings--38 @ Saints--42 (This will be a wild game, Favre is going to have a almost career game but in the end Classic Favre will return, Look for the Vikings to have the lead at 38-35 and have the ball when Favre to get greedy and try for a 6th TD Pass and go over 500 Yards when he tries to force the ball and throw a pic, The Saints then drive down and score a TD with 1:43 left in the 4th Qtr. Favre then gets the ball back on their own 35 yard line when Favre then goes downfield again and gets another Pic to end it again for Favre)
AFC Game.
Jets--13 @ Colts--31 (History shows Manning is not really good in the Playoffs, The Jets have been able to disrupt QBs most of the season, The Blitz is the best way to do that, BUT Manning is one of the best to see what the defense is doing and can make adjustments at the line of scrimmage thus he is able to pick apart a blitzing defense and score quickly and often, So the Jets must be able to disguise the blitz and anything else they are doing, The Jets other problem is on the offensive side of the ball, They just cannot do the quick score like the days of the past,
If somehow the Jets can slow down the Colts and keep it within 7 points they can wear down the Colts defense and can win this game, But It is "The Expert"s Feeling that Manning will show he can do it in a big high pressure game.)
Posted by nutballgazette at 7:56 PM 1 comment:

http://www.entertonement.com/clips/fhkzxmzmgx--J-E-T-SFootball-New-York-Jets-_-Jets'-Fans-
Now the Colts laid down to save themselves in week 16, It let the Jets in the Playoffs, Maybe this comes back to haunt the Colts, and they do not make it to the Super Bowl, and the Jets get in.
Posted by nutballgazette at 7:58 PM 1 comment:

"The Expert" Picks 2nd Round Playoffs.

Everyone knows that Giants stadium had its last game on week 17 of the NFL Jets vs Bengals
Well "Not So fast My Friend"
If The Jets defeat the Chargers and If the Ravens defeat the Colts, The AFC Championship Game will be the Ravens vs the Jets at The Stadium soon to be a memory aka Giants Stadium.
Last Week 2-2
Saturday
Arizona--38 @ Saints--23 (Kurt Warner has his swagger back and the Saints finished the year with awful losses, unfortunately the Saints the season of Promise Comes to an end)
Ravens--17 @ Colts--31 (Ravens are running the ball great but they just cannot throw the ball enough to overcome the Colts offense, Peyton Manning does not play well in the Playoffs but he does enough to win this round)
Sunday
Cowboys--27 @ Vikings--20 (Cowboys get over another hump and continue to march on in this unlikely run, Favre will find away to do what he does best, Throw a INT at the worst time to seal the Vikings fate)
Jets--17 @ Chargers--27 (The Jets run the ball great, That should be enough to keep the Chargers offense off the field, But even though Sanchez played a good game he is just not ready and the Jets do not have a great receiver who can make the difference, Also even though the Jets have the #1 defense in the NFL the Chargers have way to many weapons to be stopped, This is the year of the Chargers)
One Last Note..
http://www.entertonement.com/clips/fhkzxmzmgx--J-E-T-SFootball-New-York-Jets-_-Jets'-Fans-
Posted by nutballgazette at 8:53 PM 1 comment:

Sorry for late picks, Busy work, and Fighting Flu Like Illness.
JETS--17 @ BENGALS--10 (Jets defense stops Bengals and Jets Wildcat and running game along with 1 Big play by Sanchez gets Jets over the Top)
EAGLES--10 @ COWBOYS--24 (Eagles center is out and they have not scored since he was knocked out, Romo finally gets a win and Cowboys beat the demons)
Sunday
RAVENS--16 @ PATRIOTS--24 (Patriots overcome loss of Welker as Ravens mistakes will cost them)
PACKERS--34 @ CARDINALS--17 (Packers are on a roll and Cards do not play well at home)
Posted by nutballgazette at 4:24 PM 2 comments:

This just in to "The "Nutball Gazette" has learned that The Giants will announce that they have fired Tom Coughlin and will have a Three Head Coach system for the 2010 season,
The New Coaches will be Rich Kottite, Eric Mangini and Ray Handley.

Posted by nutballgazette at 3:14 PM 2 comments:

Email ThisBlogThis!Share to TwitterShare to FacebookShare to Pinterest
Labels: Satire

Here we go. It all comes down to this week,
If the Jets and Ravens win they are in, If not the door is open for the Steelers, Broncos, Texans, Jaguars and Dolphins, (Some need a little help others need lots of help, but the Jets got that kind of break between the Colts handing them the game and every team they needed to lose did lose so it can happen.....BUT
Also looking ahead, I will say that there are 2 teams in the NFC with NO CHANCE of being in the Super Bowl, They are the Saints and Vikings..The favorites to me is #1 Eagles, followed by the , Cardinals, Packers, and Cowboys,
In the AFC the teams with no chance are the Wild Cards (Jets, Ravens, Broncos, Dolphins, Texans, and Jaguars) But wait what about he Steelers? If they get in watch out! also no way the Bengals get in and I say no way the Colts get in,
#1 in the AFC right now is the Chargers, Patriots, and if they make it the Steelers
Last Week--11-5
Season ---158-84 (I am going to review these figures, #s do not seem right)
Colts--13 @ Bills--20 (Colts only play Starters for less than a half in cold weather)
Jaguars--10 @ Browns--28 (The Los Angeles Jaguars are put out of their misery as Browns make it tough on Holmgren to fire Womangini)
Bears--23 @ Lions--10 (Lions close out in misery and lucky that they did not go 0-16 again)
49rs--27 @ Rams--6 (Rams clinch #1 pick)
Ravens--20 @ Raiders 17 (Ravens clinch)
Redskins 3 @ Chargers 31 (Redskins lay another egg as you can expect a new coaching staff and up to 30 new players maybe more)
Steelers--31 @ Dolphins--27 (Steelers pull out another one and will be up late hoping the Jets lose to get in the playoffs)
Giants--27 @ Vikings--20 (Vikings and Favre again stumbles and Giants show some pride and upset the Vikings)
Falcons--20 @ Bucs--17 (Falcons come out hard and for the 1st tine in team history 43 years they will have back to back winning seasons)
Saints--10 @ Panthers--28 (Brees is not playing and saints are in total free fall also Panthers are a much better team than most think)
Patriots 31 @ Texans 28 (Patriots do not lay down and eliminate the Texans in a hard fought game)
Eagles--27 @ Cowboys--23 (Eagles win a tight game and set themselves up for a long run, Cowboys build confidence and could win at least 1 if not 2 playoff games)
Packers--23 @ Cardinals--28 (Cardinals build momentum into the playoffs)
Titans --28 @ Seahawks--10 (Titans finish up a remarkable season finishing 8-8 after a 0-6 start)
Chiefs--10 @ Broncos--17 (Broncos close out a colossal collapse of a season by not making season after 6-0 start of the season, Pre-season picks had the Broncos going about 3-13 so this should be considered a success but it will not be, and after upper management see the lack of being able to handle players Josh McDaniel will be fired)
Sunday Night
Will it be the same old Jets? Will the Bengals say oh crap if we win the Steelers are in the playoffs? or with very cold and windy weather will the Bengals say we want to protect our players? Will the jets take the next step?
Bengals--10 @ Jets 20 (Jets grind out and run the Bengals into the ground and eliminates the Steelers in the process as this game is a preview of what will come the following week)
http://www.entertonement.com/clips/fhkzxmzmgx--J-E-T-SFootball-New-York-Jets-_-Jets'-Fans-
Posted by nutballgazette at 6:01 PM 2 comments: