For the First Time in My Life I am Shocked 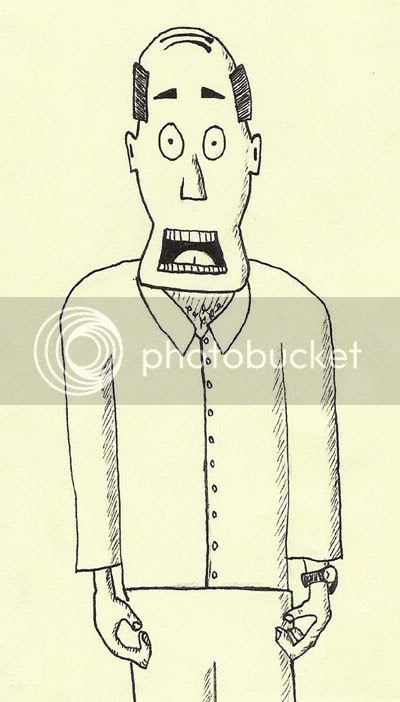 
Something Happened in Sports today that totally shocked me and the world, No one could ever see this coming.

Now like almost everyone I was not stunned one bit by these events
1--1951 Giants come back from 13 1/2 games back to win the NL Flag on Bobby Thompson's HR off of Ralph Branca.
2--Everyone knew that the 1969 Mets would win the NL East with 100 Games and go on to win the World Series vs The Baltimore Orioles
3--Everyone Knew that the 1980 US Olympic Hockey team would beat the Soviet Union Hockey team and go on to win the Gold Medal
4--Everyone knew going into the Bottom of the 9th of game 4 of the 2004 ALCS that the Red Sox Trailing by one run and trailing 3 games to none would come back vs Mariano Rivera and go on to win game 4 of the ALCS and go on to win that game and the next 3 games to become the first MLB team to come back from down 3-0 to win a series, And go on to win the World Series for the 1st time in 86 years.
Everyone knew these events would happen
But I do not think one person on earth thought that Brett Favre would make a comeback to return to the NFL and Play QB for the Vikings. Who would have thunk it?
Favre never in his entire life gave anyone a reason to think he would have done this,
All I have to say is i am Shocked, Shocked!!
Posted by nutballgazette at 6:50 PM 8 comments:

BREAKING NEWS: Tragic and Sad News in the Entertainment World

>>THIS JUST IN TO THE NEWS ROOM; SAD AND TRAGIC NEWS IN THE ENTERTAINMENT WORLD;
>"THE PILLSBURY DOUGHBOY" DIED TODAY OF A YEAST INFECTION AND TRAUMA COMPLICATIONS FROM REPEATED POKES TO THE BELLY!
>HE WAS 71!
>"DOUGHBOY" WAS BURIED IN A LIGHTLY GREASED COFFIN.
>DOZENS OF CELEBRITIES TURNED OUT TO PAY THEIR RESPECTS..INCLUDING
"MRS BUTTERWORTH", "HUNGRY JACK", "THE CALIFORNIA RAISINS", "BETTY CROCKER", THE HOSTESS TWINKIES", AND "CAPT. CRUNCH"
>"AUNT JEMINA" GAVE THE EULOGY AND DESCRIBED "DOUGHBOY" AS A MAN WHO NEVER KNEW HOW MUCH HE WAS KNEADED.
>"DOUGHBOY" ROSE QUICKLY IN SHOW BUSINESS; BUT HIS LATER LIFE WAS FILLED WITH TURNOVERS..HE WAS NOT CONSIDERED A VERY SMART COOKIE, WASTING MUCH OF HIS DOUGH ON HALF BAKED SCHEMES:
HE WAS A BIT FLAKY AT TIMES BUT HE WAS STILL A CRUSTY OLD SOUL;
HE WAS ALSO A ROLL MODEL FOR MILLIONS.
>"DOUGHBOY" IS SURVIVED BY HIS WIFE "PLAY DOUGH" AND TWO CHILDREN "JOHN DOUGH" AND "JANE DOUGH" PLUS THEY HAD ONE IN THE OVEN!!
..ALSO LEFT BEHIND IS HIS FATHER "POP TART"
>>THE FUNERAL WAS HELD AT 3:50 FOR ABOUT 20 MINUTES
Posted by nutballgazette at 12:37 PM 4 comments:

HOW SWEEP IT IS!! 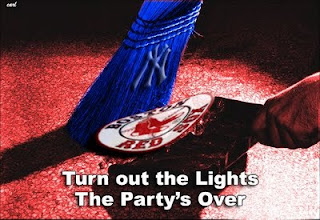 What a Wonderful weekend this is for Yankee fans..BUT

The Yankees Sweep a 4 game series,
The 1st on in a High Scoring poorly pitched game by both teams
The Red Sox started John Smoltz and the Yankees seemed to end his career as he gave up 8 runs in 3.1 innings, meanwhile Joba Chamberlain was not good at all and escaped even though he let up 4 runs in 5 innings and it could have been much worst if Big Papi had anything left in his bat,
Then on Friday night Josh Beckett and A J Burnett dueled shutout innings late and the bullpens of both teams was outstanding keeping the game scoreless through the 15th till this happened

Saturday Sabathia outdueled Clay Buchholz
And on Sunday after Andy pettite extended the Red Sox Shutout streak to 31 innings Victor Martinez hit a dramatic 2 run home run off of Coke (Isn't it) to give the Sox a 2-1 lead, but the Yankees rallied off for 3 runs off of Daniel Bard and 1 more run off of Hideki Okajima to give the Yankees a 5-2 lead and Mariano came in and closed it out for the 4 game sweep

So we can rejoice in this sweep and a 6 1/2 game lead over the Red Sox,


HOWEVER we also know that the Red Sox will not die, they have alot of heart and there is no quitter on this team now that Manny has been purged from Boston, The season has a long way to go, It does not appear that the red Sox has what it takes to come back, mainly because of injuries and the what appears to be the demise of David Ortiz's big bat.
So if the Red Sox are not going to come back who can threaten the Yankees?
Even though they are 8 games back the Tampa Bay Rays are a threat to the Red Sox, Rangers, and Mariners for the Wild Card, But also to the Yankees for the Division, They have the potential in starting pitching, The hitting, speed and defense to put together a streak to overcome everyone and win the East.

Also we know the recent history in the playoffs for the Yankees especially if they play the Angels and Tigers.
But lets enjoy this SWEEP right now.